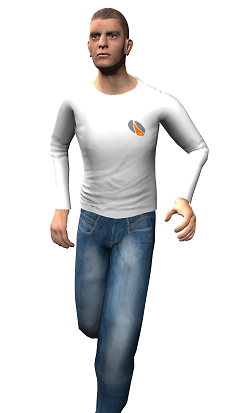 Humanoid Control is the next generation of human character control. It will provide you with an effortless setup for having animated characters in your environments. Thanks to the full physics implementation these avatars will be able to do whatever you can do in real life: open doors, operate levers, using tools in a natural way. User interfaces can be controlled using input controllers, by gazing, touching or pointing, providing maximum flexibility to interact with your environments.

Depending on the package, Humanoid Control supports a wide range of input devices, ranging from game controllers and Google Cardboard to motion capture devices like Perception Neuron and OptiTrack in the Pro version of Humanoid Control. All types of avatars can be supported and a customize option to support non-standard humanoid rigs like avatars with just a floating head and hands.

Humanoid Control supports all major hardware for virtual reality. It gives an easy and platform independent approach so that you can build your projects for Steam VR, Oculus, Windows Mixed Reality or mobile without changing the project.

It provides a flexible approach to interaction which builds on what you already know in Unity so there is no need to learn a new way to design your scenes.

Full body tracking can be combined with Virtual Reality to obtain a full body experience in VR.

Detailed finger tracking can be achieved using a Leap Motion camera in Humanoid Control Plus and Pro. Alternatively, controller input can be used to control the finger movements in an intuitive way.

In Humanoid Control Pro, face tracking is supported through Microsoft Kinect 2 or Intel RealSense SR300 camera’s. It provides an easy to use approach to get fully interactive faces.