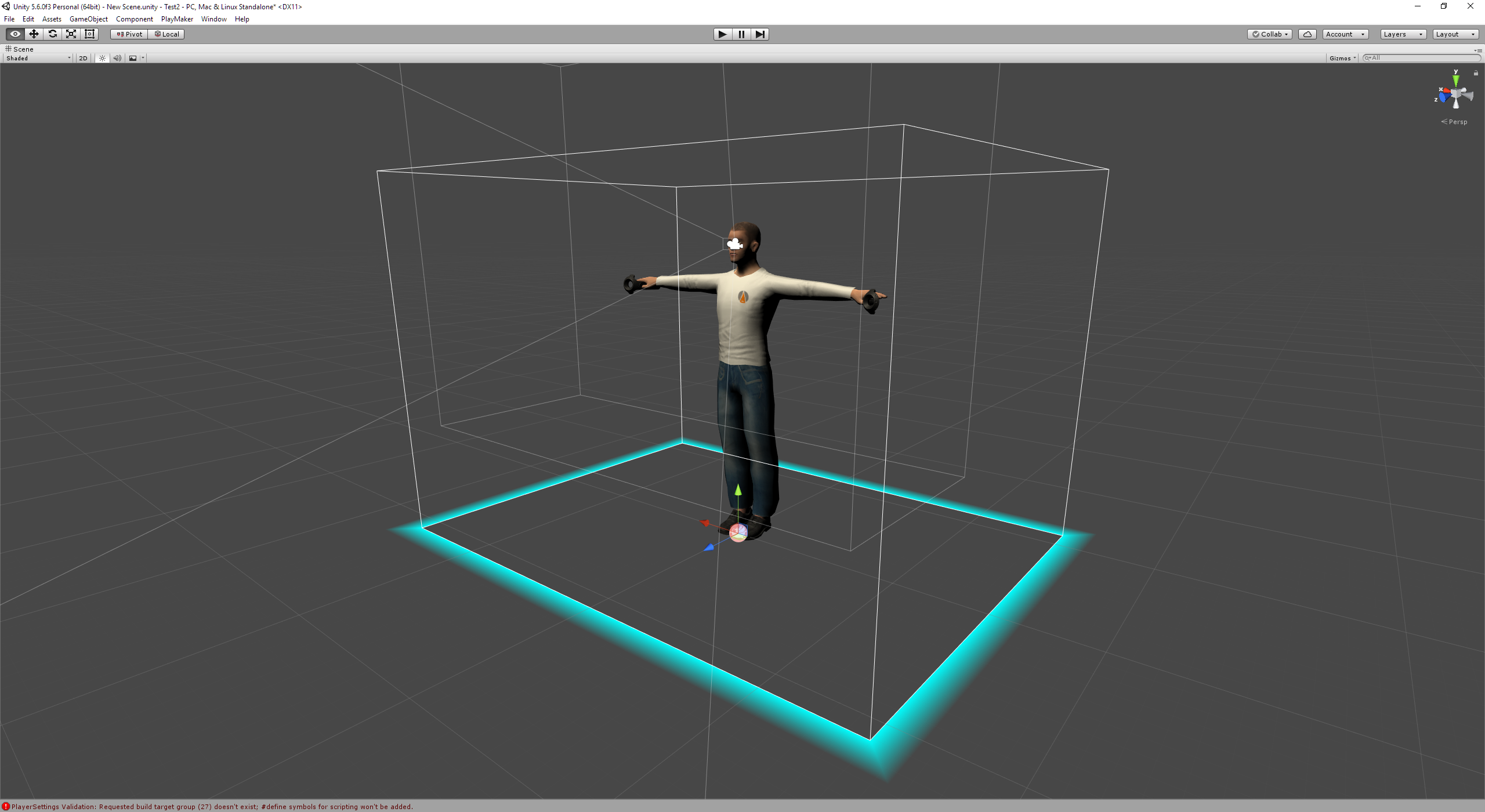 VRTK for Unity has become a very popular package for creating virtual reality applications. Unfortunately, it is not directly compatible with Humanoid Control. In this post we will explain how you can use the two together to get the best out of this combination.

On of the starting points of Humanoid Control is that it determines at run-time which body tracking hardware is available. It will then use the correct SDKs to support each device. This makes it possible to make an executable which works with many devices. In VRTK you have to select the SDK at design time. This makes it hard to use the two together.

The best solution is to use VRTK for all tracking input and use Humanoid Control to do the avatar animation.

In this setup, we do not use any tracking extension of Humanoid Control itself. For this reason you should disable all tracking extensions listed in the Preferences. You can find these in the Edit Menu->Preferences->Humanoid. We will be using VRTK for tracking with SteamVR, Oculus or other devices.

Because of the same reason we need to disable First Person Camera on the Humanoid Control script too: this will make sure that no camera is created on the head by Humanoid Control: we will be using the camera of VRTK.

Now you can setup VRTK in the way you are used to. For this example though we are going to use SteamVR and the [CameraRig] prefab.

Matching the Targets to VRTK

We need to match the Camera (head) transform within the [CameraRig]  to the Head Target of Humanoid Control. We do this in the following way:

So the resulting hierarchy at the [CameraRig] is now as below, with the local position of the Head Target (0, -0.13, -0.13). The Head Target should be on the neck of the avatar now, the Camera (head) between the eyes of the avatar.

We can solve this by adding models of the SteamVR Controllers manually. You can remove them later again. When you have included SteamVR support for Humanoid Control in your project, you can find these models at the following location Assets/Humanoid/Scripts/Extensions/SteamVR/Resources/Vive Controller. Drag this prefab into your scene as a child of the Controller (left) with local position and local rotation being (0,0,0). Now we follow a similar process as with the Head Target.

That is it! You may remove the Vive Controller models we added to the hands now, because the SteamVR_RenderModel script on the Model objects will show them while playing the game anyway.

When pressing play, the avatar should follow the movements of the headset and controllers now.